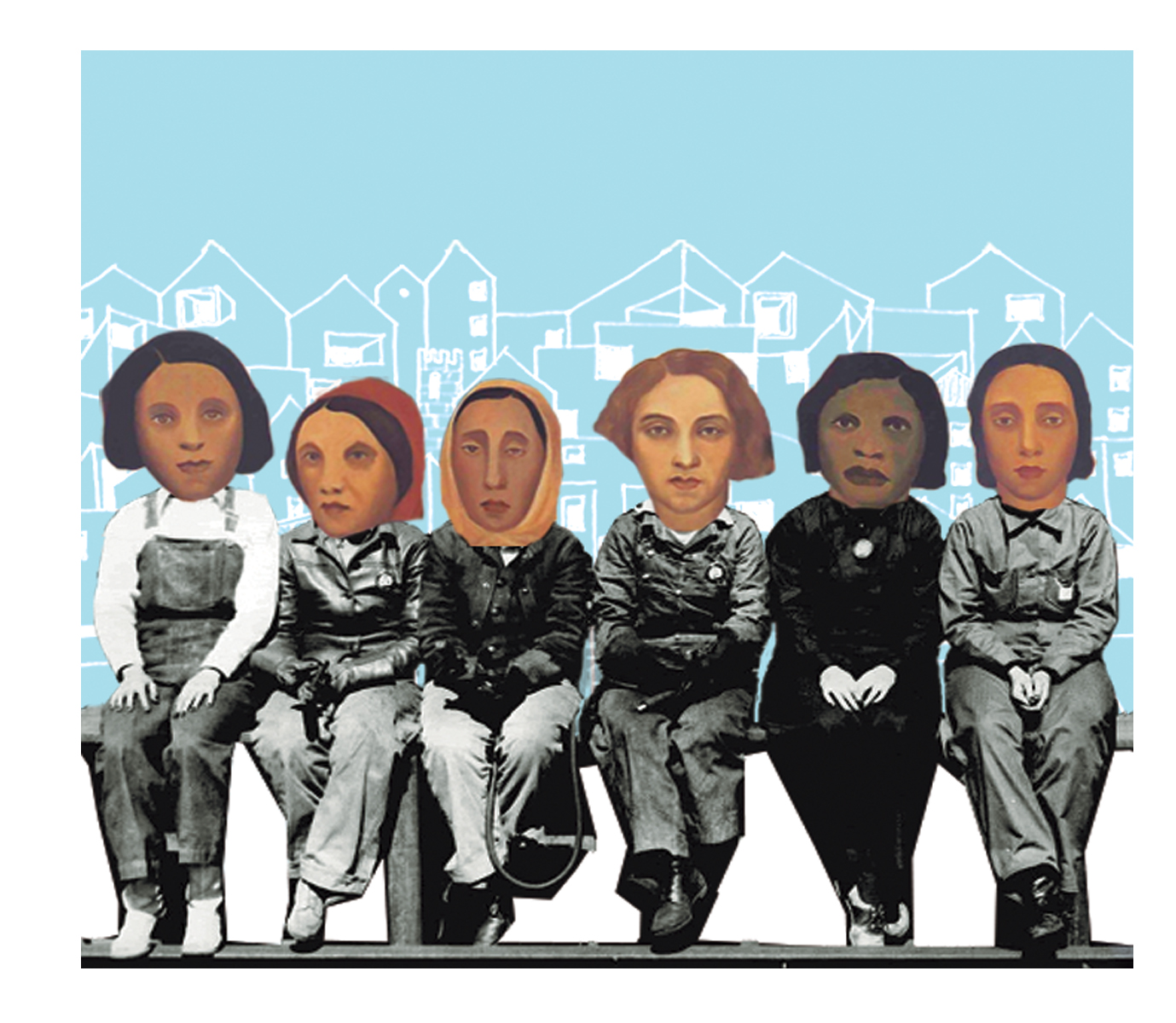 Blue as a New Color for the Brazilian Women

One of the main aspirations of Habitable.City is to rethink the ways we design, build and experience our cities. It’s possible to achieve this objective by analyzing the present and the women that are doing the intellectual and/or creative thinking behind it and, also, the ones that are, literally, building it with their hands. Today I want to write about them and their reality in Brazil.

According to data from the Annual List of Social Information (RAIS), since 2005 there has been a systematic increase in the registered participation of women in the Brazilian construction sector (an increase of 198% by 2014) (1). Comparing to the 2,8 million formal jobs of the sector in the same year, the 9% participation seems quantitatively low, but is very representative historically wise, especially if we focus on the insertion of female blue-collar worker.

Before we move forward, it is vital to clarify the harsh realities that are propelling this insertion, so we can avoid romanticizing it. First of all, the increase of female bricklayers, plumbers, electricians, tilers do not come from a spontaneous pursuit for career change or a new found vocation in the majority of the cases. This insertion comes from unemployment, lack of opportunities and the search for labor rights after a serious economic recession settled in 2015.

The economic crisis had a strong impact on the tertiary sector, where the majority of registered workers are women. Not only slowed it down, but the crises actually retracted advances in labor rights in some categories, such as housekeeping, where a large part of the female blue-collar worker previously worked.

According to the Inter-Union Department of Statistics and Socioeconomic Studies (Dieese), in 2016 the unemployment rate between housekeepers was 24%, more than double of the national average of unemployment of 10.7% (2). The job insecurity in the category persisted in the following years: according to data from the Brazilian Institute of Geography and Statistics (IBGE) the number of registered workers decreased from 31% to 28% by the year 2018, even though the total of housekeepers increased from 5.97 million to 6.27 million in the same period (3).

As an alternative to the informality and the financial instability, some of these women migrated to other sectors of the economy, such as the construction industry. Responsible for over 7.6% of jobs in Brazil (4), and one of the federal government’s main fronts for economic recovery, the sector resumed its growth in 2019, surpassing the growth rate of the Brazilian GDP.

Although the above information indicates positive factors for the continuous insertion of female blue-collar workers in the construction site, the COVID-19 pandemic is a new variable whose impacts in the Brazilian economy are still unknown. At this moment, it is only possible to speculate on its consequences for these female workers in the years to come.

What has been observed so far is that the tertiary sector of the Brazilian economy, where 86,67% of the women are employed (1), is being largely affected by mandatory social isolation. Even unregistered housekeeping jobs are declining, as circulation of public transport is decreasing and middle-class families are dismissing them to cut down domestic expenses.

A solution to restrain mass unemployment in the female workforce is the creation of jobs in the construction industry. Considering the federal government’s Decree (5) that places this sector in the category of essential activities during the pandemic, and the path opened by the increase of women in the construction industry in the last fifteen years, this solution is economically viable and socially promising, contributing to overcome sexists and cultural barriers in this male-dominated field of work.