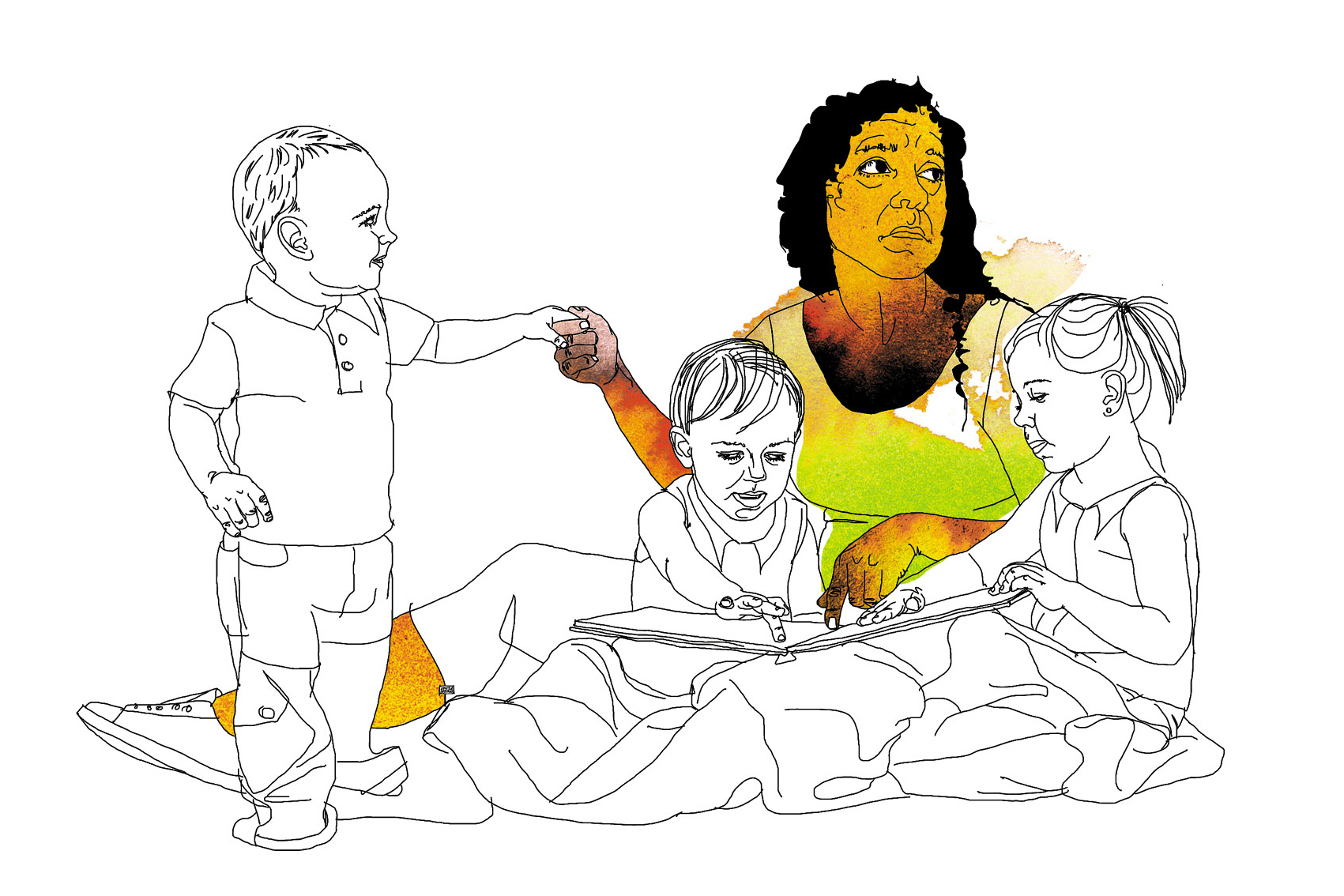 The borders she carries

By Elizabeth Cummins Munoz May 27, 2020 No Comments

It’s Friday evening, just before dinner. The house smells of citrus cleaner and a slow simmering stew. Two women stand on either side of the kitchen island. One leans her hip against the counter, slipping out of a modest heel as she writes out a check and slides it across the cool stone. The other pulls her bag over her shoulder, retrieves the check, and tucks it into an inside pocket. She kisses a child on its fair head as she moves through the den and entry hall, then steps across the threshold of the two-story brick home in a quiet Houston neighborhood. In her bag, on her shoulders, she carries her borders with her.

She walks down a sidewalk stamped with squares of concrete that buckle where thick live oak roots push up from below. She waves to a friend waiting at the bus stop, follows her up and into the cool air of the metro to settle in and talk about the day – the kids and the cleaning they leave behind, the kids and the cleaning that await at home. It’s been a long week. She turns to the laminated glass window and watches the city roll by.

Oak-lined sidewalks give way to a sprawling retail district with landscaped promenades and street lamps that anticipate the dusk. As the bus moves west, the street widens and billboards multiply, parking lots grow and bus stops lose their enclosures. City blocks stretch with the uneven facades of apartment complexes – some with circular drives and fountains and guardhouses, others slouching behind peeling paint and slow-rolling gates on rusted chains.

The woman yawns, her mind wanders, her friend’s voice drones on. The street signs change color and character, Chinatown to Little Saigon, grocers and dry cleaners and golden dumplings two to the dollar. The bus pushes further south and west, away from the center of this global city, and leaves her at the gates of a place that is and is not home.

When she opens her front door, she steps away from the boundaries and pathways of her public life as worker and woman and immigrant, and toward a space suspended between public and private, where she is mother and wife and aunt and sister, and only sometimes just her. All the while, she carries her borders with her.

Mexico. Following fathers and grandfathers and well-worn routes, women have long crossed the US southern border to work and save and toss a lifeline back home to those left behind. Like the comadres they will meet in the parks and bus stops of Houston’s pristine residential enclaves, the vast majority of these women will work in domestic service – cleaning houses, rocking babies, accompanying aging parents along quiet streets under the shade of oak and elm.

Together, they trace a global map of relative privilege across the streets and domestic thresholds of Houston’s urban landscape. The borders they carry with them separate abundance from scarcity, power from coercion, choice from resignation. These borders are at once deep rifts of division and strong bridges of hope, a rendering of “pain and possibility”(1) that reproduces itself wherever it goes – from rusted gate and exposed bus stop, to dusk lit lamp and broken sidewalk, to a cool stone counter on a Friday evening where the scent of citrus hangs in the air.