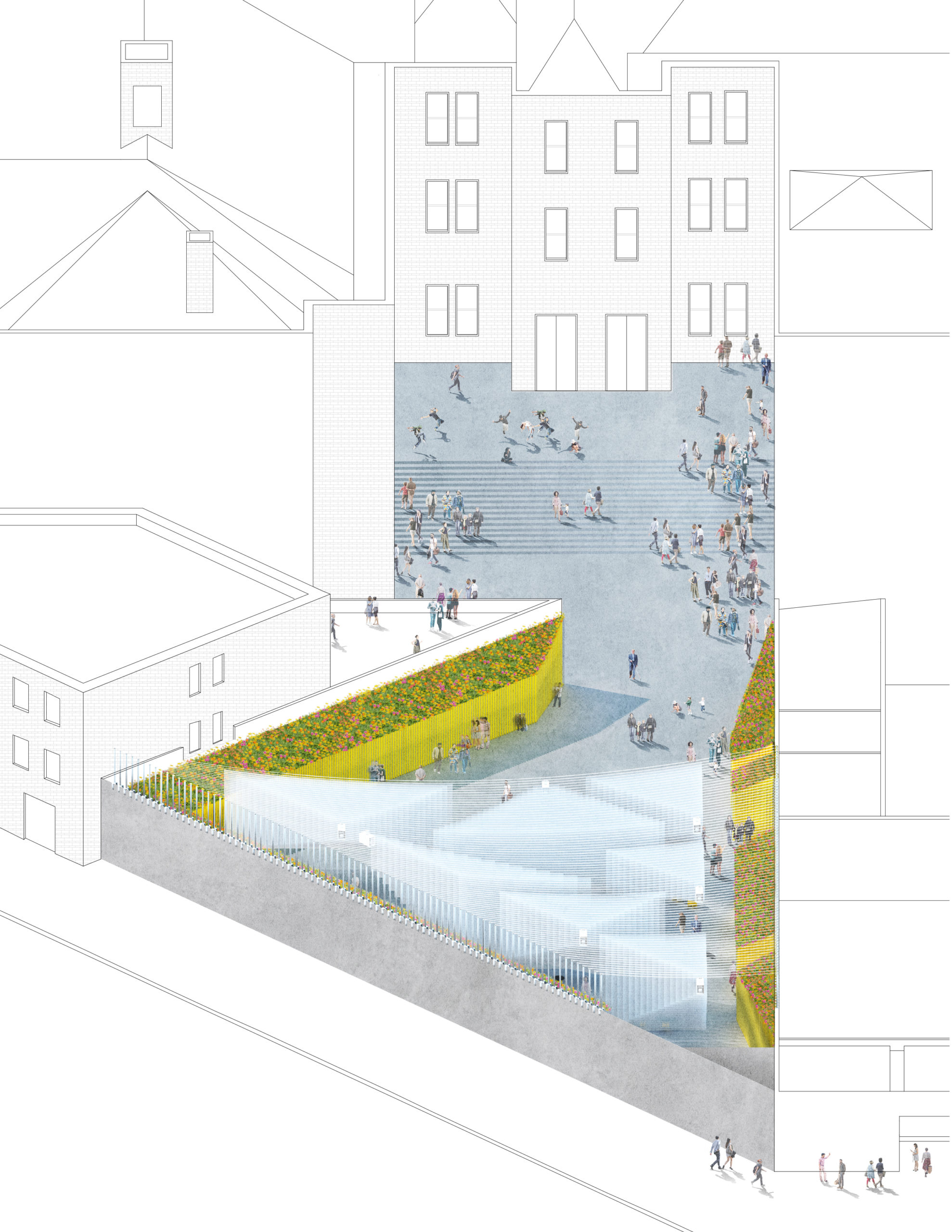 More in LessUrban vs Rural

The notion of “city life” typically signifies the vitality of human life, but rarely does it evoke the idea of “life” more holistically, as a web of diverse and interdependent species. While we often think of cities as human-territory, the reality is that they are home to a multiplicity of life forms. Among the most plentiful and diverse living populations in cities are insects and arthropods. According to a recent studies, 40% of insect species are in danger of extinction in the coming decades due to the extensive use of pesticides and climate change.  They constitute over 80% of the world’s species population, but often elude visible recognition. In urban environments, insects are a significant part of the ecosystem. They are pollinators, seed dispersers, decomposers, and serve as a food source for other species such as bats and birds. Various insect species are bioindicators, or “living barometers” of environmental conditions. Contemporary research shows that in New York City, insects compete with rats as waste scavengers – not only keeping the rodent population from increasing, but also performing ecosystem services as ‘waste managers.’ City Creatures tries to make visible the under-acknowledged world of insects as active participants of urban life, by attracting and magnifying their presence.

Designed by Double Happiness (Nerea Feliz + Joyce Hwang), City Creatures was the outcome of a nomination to participate in the 2019 Ps1 MoMA Pavilion competition.  Looking at MoMa’s PS1 courtyard as an outdoor room, this project uses traditional elements of the interior, such as curtains, to cultivate a sense of intimacy between us, the environment and the multiple life forms that inhabit it.

To cultivate a selected insect habitat, the project incorporates an elevated garden. Wildflowers attract a variety of pollinators, including fireflies, ladybugs, bees, butterflies etc. A golden corrugated metal wall is designed as a light plane to conceal a basic structure elevating the planters, an irrigation system. The golden hue attracts certain insect species and boosts the presence of the garden in the courtyard.  The wall undulation dialogues with the natural wave of the curtains. Its golden reflectivity provides a festive backdrop, enlivening the atmosphere of the PS1 courtyard.

After sunset, the design uses “positive phototaxis”, or the tendency for insects to be attracted to artificial light sources. A series of curtains, constructed from mosquito netting fabric, are hung from catenary cables spanning the MoMA PS1 courtyard. Located at the end of each series of layered curtains, an artificial light source would be employed to both attract insects and cast shadows of them on the hanging scrims, which would also filter and reflect the light to produce an ephemeral glow. We imagine that pre-recorded documentation of insects could also be projected through the layers of scrims against one that is playing out in real time. Against the monochromatic backdrop of mosquito netting, the visualization of insects – whether through projected shadows or through video – becomes a form of both spectacle and awareness-raising, an immersive insect shadow play bringing the space to life. During the day, the hovering curtains provide shade and transform the courtyard into a softer and interiorized urban condition. At the end of the installation, the mosquito nets could be donated to one of many humanitarian organizations combating malaria.  City Creatures deploys light projections on curtains to both enhance insect desirability, while also provoking human curiosity through a new spatial and perceptual experience, where the Ps1 courtyard is transformed into an interior environment that celebrates the many species that inhabit the city.